In each issue of the “Cloud Irregular” newsletter, I’ll try to provide a useful piece of commentary on some tech-related topic. After that I’ll let you know about any new stuff I’ve published, or upcoming talks. Then I’ll give you something extremely silly, just to cleanse your palate, and we’ll be done.

Sound good? If so, throw in your email at the bottom of this post.

To be “penny-wise and pound-foolish” is to obsess over small savings while making expensive mistakes – for example, spending huge amounts of money on a credit card just to redeem a few rewards points.

As technical decision-makers, our intuition often tells us that the “cheapest” solution to solve a problem (ie, the one with the best cost/benefit tradeoff) is one that:

You could sum up all these rules as a bias toward the familiar. It feels good to use programming languages and tools that we know and trust. There is immediate, positive feedback when you create a slick deployment script because CloudFormation is too slow, or throw your data in Postgres because it “just works”. Our pattern-matching brains tell us that this is smart engineering.

Unfortunately, this kind of thinking can be code-wise, cloud-foolish.

Many of us have internalized the call to choose boring technology. The least-boring technology you can choose is one you have to write yourself. For any given problem space, the code you just wrote has the fewest users, the most bugs, and the least features of any code in the world. That is a necessary first step if existing technology is truly far from solving your problem. Otherwise, you just created something of negative value. 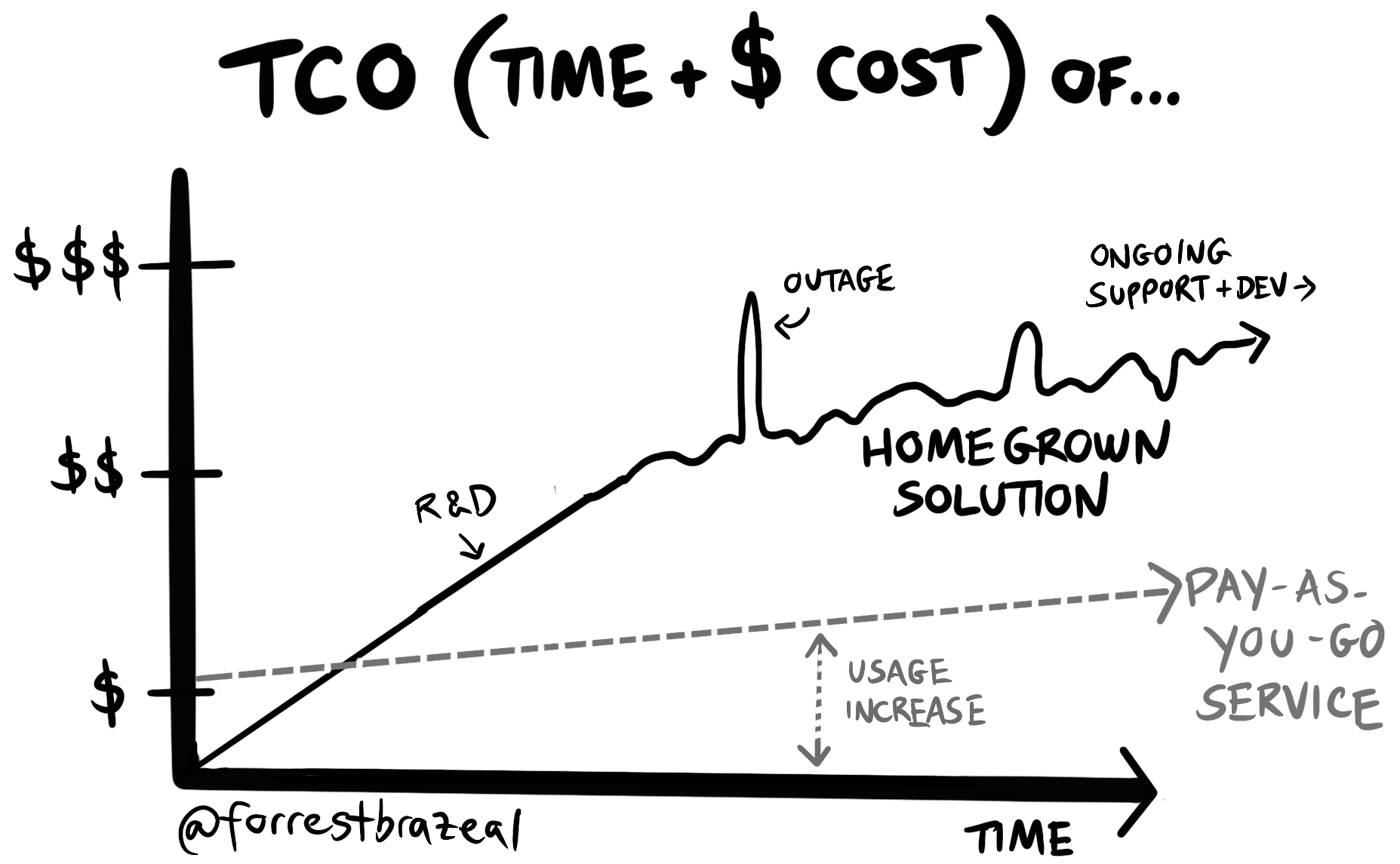 Maintaining a bespoke codebase, training new team members on it, handling operational issues, and adding features is expensive. For many (most?) teams, the cost of rolling your own deployment orchestration system, DSL, or Javascript framework will grow less and less acceptable over time. Save that overhead for the most important things, things that define and differentiate your business.

Another tricky bit of code-wise, cloud-foolish thinking: using languages and frameworks that make you feel good, whether or not they are the best tools for the job.

I don’t take any joy in stoking the eternal flame war between declarative and imperative “infrastructure as code” tools. I don’t like YAML any more than you do.

But it’s been my experience that the “imperative” tools, which let you define cloud infrastructure in general-purpose programming languages, open themselves up to arbitrary complexity based on the whims of their users.

Sure, it feels good to write a bunch of for loops and class abstractions to build out a fleet of servers. But it’s also easy to introduce logic errors and hard to communicate to other team members what you’ve created. That’s why imperative deploy scripts, over time, tend to become spooky black boxes.

A declarative config file is often gross and verbose, but there’s only one way to interpret it. Don’t let your development preferences be the enemy of your team’s ongoing success here.

Finally, code-wise, cloud-foolish thinking believes that you can hedge against lock-in by avoiding cloud best practices in favor of lowest-common-denominator “cloud-agnostic” solutions.

Cloud-foolish thinking overlooks that open-source technologies have their own forms of lock-in, sometimes quite insidious. Kubernetes is a great example.

I refer to Kubernetes as “Trojan-source software”. Remember, it came from Google, a cloud provider. Engineers buy it for code-wise, cloud-foolish reasons:

Here’s the problem: K8s is so complex that we avoid even spelling out the word, like it’s the Hebrew name for God. The orchestration and configuration requirements to run it in production are far beyond many teams’ comfort level. That’s why hosted versions of Kubernetes like GKE and EKS are so popular.

When your open-source software is so complex that it effectively requires a cloud provider to run it on your behalf, you’ve stumbled into back door lock-in. And you don’t even get the advantage of traditional cloud lock-in, which is deep integration between native services.

This is not to say that you will always be happy with the decision to consume a cloud-native service (or use any form of pre-existing technology). I have frequently made bad adoption choices. In graphic form: 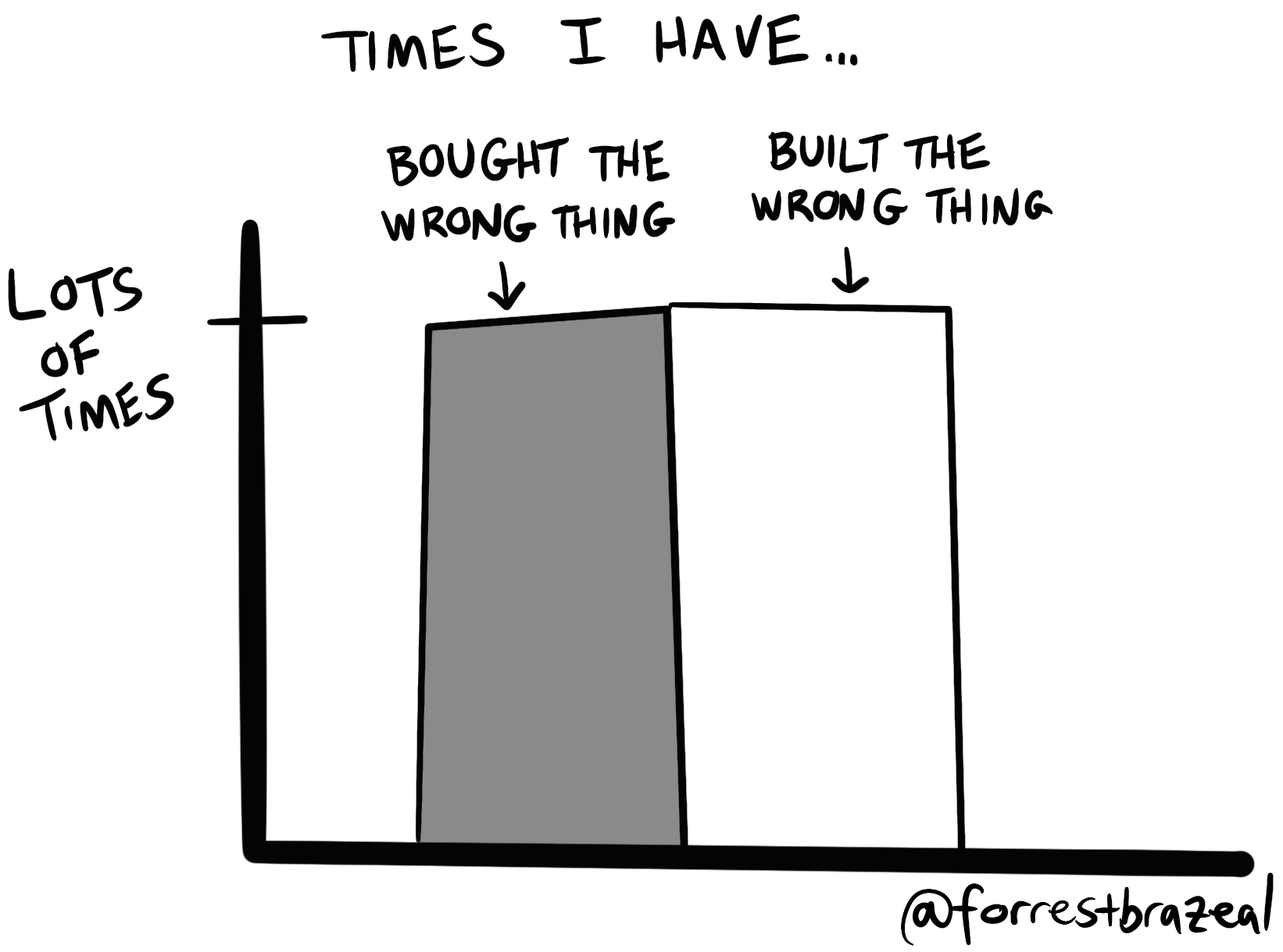 But due to the lower fiscal and emotional investment, I typically feel much less pain when it’s time to move away from a managed service than if I have to sunset something I built. 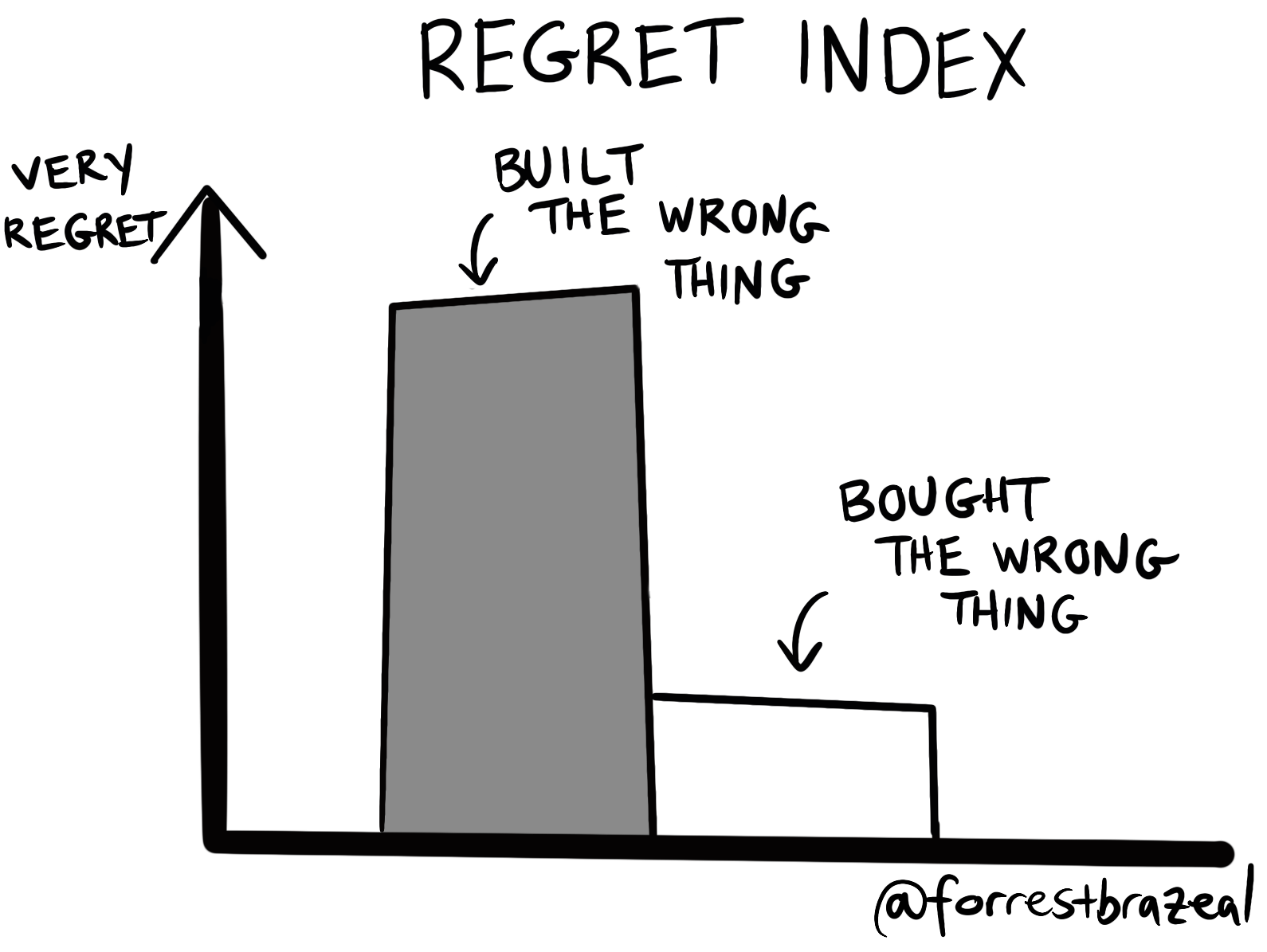 Instead, build on something like The Good Parts of AWS to position yourself at the top of what I call the Wisdom/Cleverness Curve: 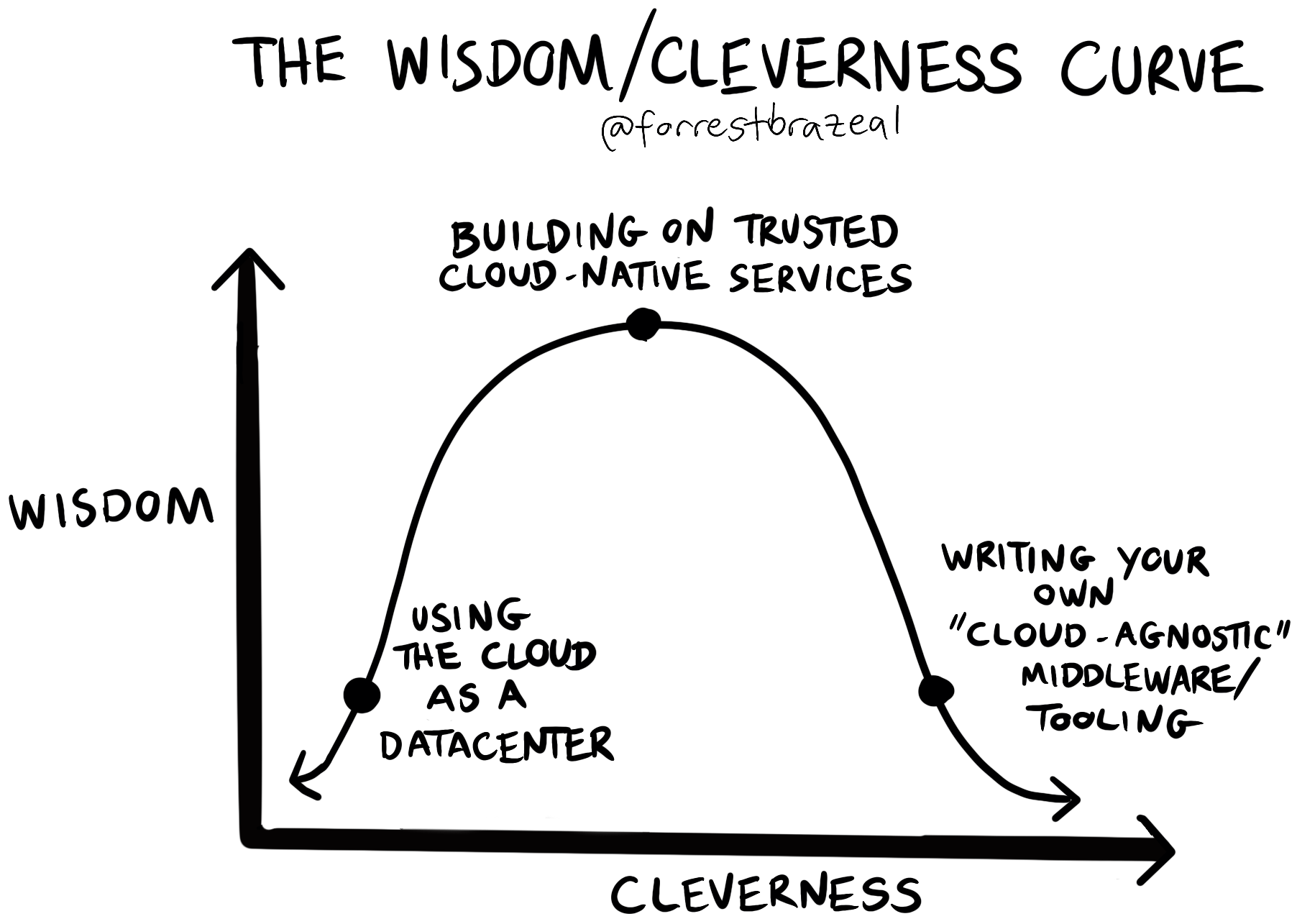 Have a productive and happy 2020. Be cloud-wise.

The only accurate predictions for the 2020s: